The Mind Illuminated, a journal: Day 2 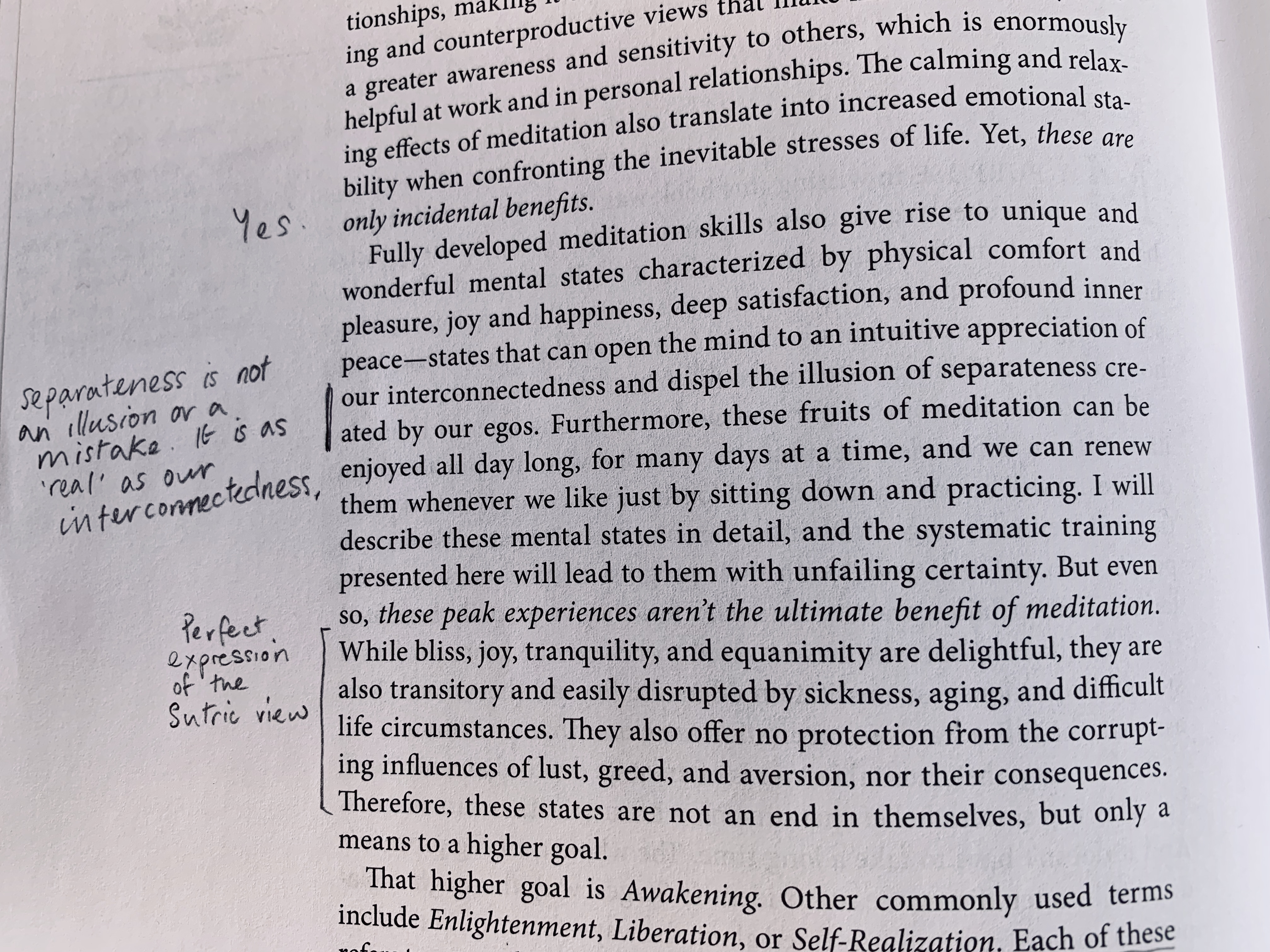 These are reflective notes on my experience of practicing Culadasa’s 10 stage meditation system. The notes in this post are from my second day of practice in the system. For an introduction to this project, see this page. Occasionally I will post edit the journal. Any post editing is [in square brackets like this].

The note in the margin of the introduction above, “separateness is not an illusion or a mistake…” expresses my own view. This is reflected in some strands of the Nyingma school of Tibetan Buddhism, in which I’ve practiced. In Buddhism ‘ego’ is usually a translation of ‘atman’ which is, historically, a concept in Sutra. Generally in Vajrayana view the ego is irrelevant and not problematized.

[I chose the Mind Illuminated system to practice because I thought it would be a good system to deepen my capacity for concentrative focus.

In Stage 1 of TMI the suggestion is that having your eyes either slightly open or closed will work. I started the practice before having read the chapter on stage 1 and then decided to keep sitting with my eyes closed because it was, indeed, proving interesting and useful in contrast to my norm. So from here on, unless I state otherwise, I practice this system with my eyes closed for meditation.

This is different from my usual sitting practice in which I keep my eyelids suspended, eyes slightly open, to let in some light. I chose to practice with the eyes closed because I thought that would function to emphasize the concentrative nature of the practice. I have more experience in expansive practices than in directedly focused concentration.]