The Mind Illuminated, a journal: Day 12 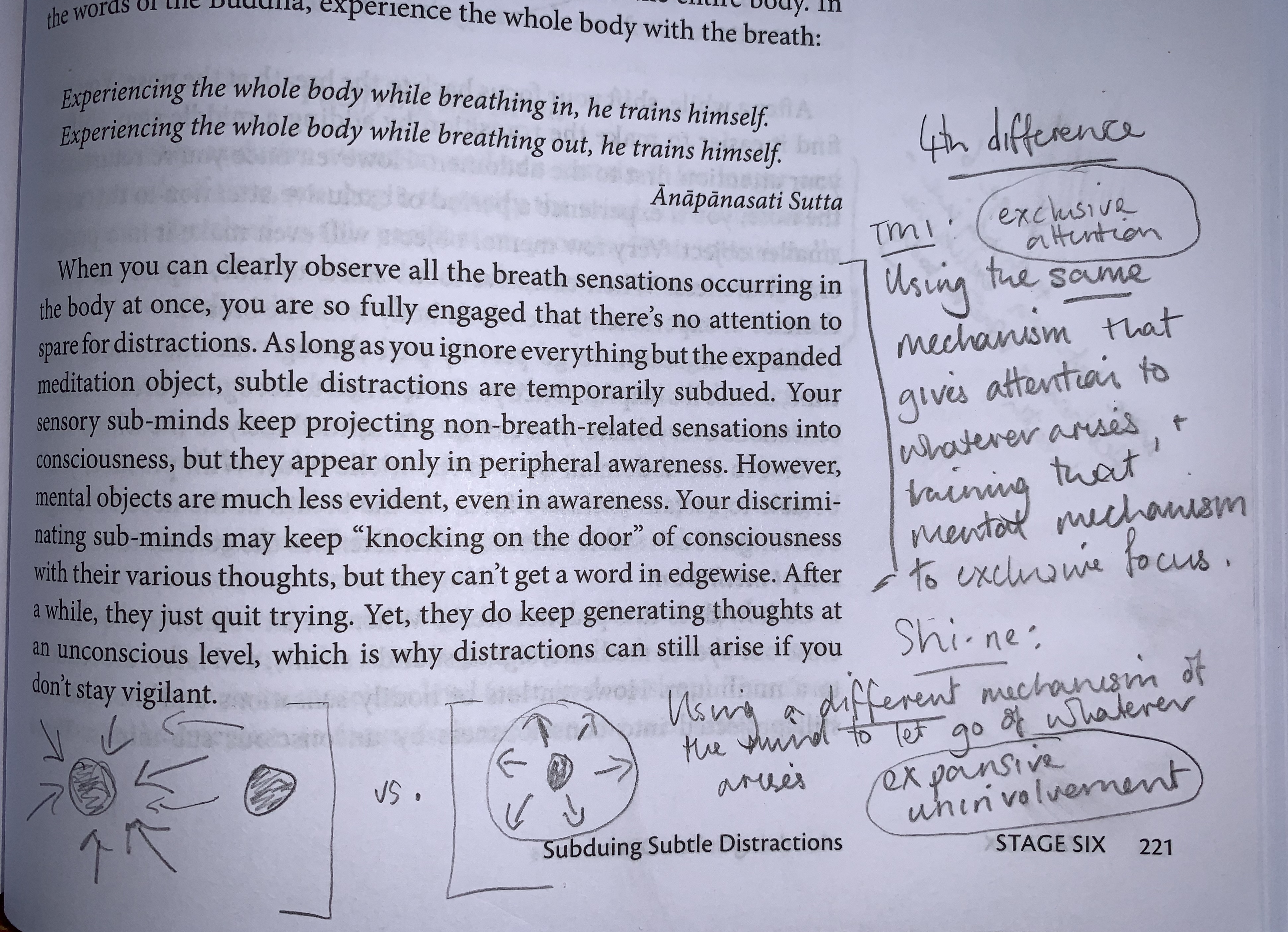 These are reflective notes on my experience of practicing Culadasa’s 10 stage meditation system. The notes in this post are from my twelfth day of practice in the system. For an introduction to this project, see this page. Occasionally I will post-edit the journal. Any post-editing is [in square brackets like this].

‘Awareness’ is used across meditation systems to mean consciousness of the present moment; cognizant experience. I’ve been using it generally to mean ‘presence of awareness’, a phrase I’m familiar with in connection with Dzogchen practice. ‘Presence of awareness’ may, or may not, include the presence of thoughts and other stuff arising in mind. Presence of awareness is harder to maintain with conceptualization than without it, but it’s still possible for the quality of awareness to remain sharp, clear, full and bright when thoughts are around, even when they are abundant.1

In the TMI, ‘awareness’ has a technically specific meaning. It is used synonymously with ‘peripheral awareness’ to mean “a general cognizance of sensory information; mental objects like thoughts, memories, and feelings; and the overall state and activity of the mind. Any or all of these may be present in peripheral awareness simultaneously. Unlike attention, which isolates and analyzes specific objects within the field of conscious awareness, peripheral awareness is inclusive, holistic and only minimally conceptual…The function of peripheral awareness is to assemble context and search for salience, monitor for flagged issues of importance, and initiate automatic motor responses when appropriate.” (p. 428, Glossary.)

This doesn’t happen in the four naljors Vajrayana meditations. Thoughts are always left alone. They dissipate into a non-conceptual state of presence of awareness in shi-ne meditation. Subsequent meditation postures and practices train maintenance of expansive awareness with returning content of mind.

It’s clear that both styles of meditation significantly change our relationship with thought processes, but the style in which they do so is quite different. I am curious about how these distinct, changing relationships with thought take effect in the long-term. I suspect the experience of long-term concentrative practice may be quite different from the long-term expansive presence of awareness. Does training attention, with its focus on discipline and exclusion, lead to a distinct psychological experience? If so, how does that differ from one in which thoughts, feelings, sensory experiences are reintroduced as the material of practice, the means by which we continue to find the presence of awareness?

I’m having an experience which I can only describe as ‘vibratory’, which is an awful word which I’ve been trying to avoid using. However, ‘pulsating’ is too slow and undulating. Imagine the sound a woodpecker makes, speeded by an order of 10, translated into consistent sensation throughout the body…yep, well that’s it. [I still can’t think of a better word, so please understand that when I use the word ‘vibrations’ I’m talking about a specific sensory experience, not a conceptual, mystical idea about how things are.]