The Mind Illuminated, a journal: Day 13 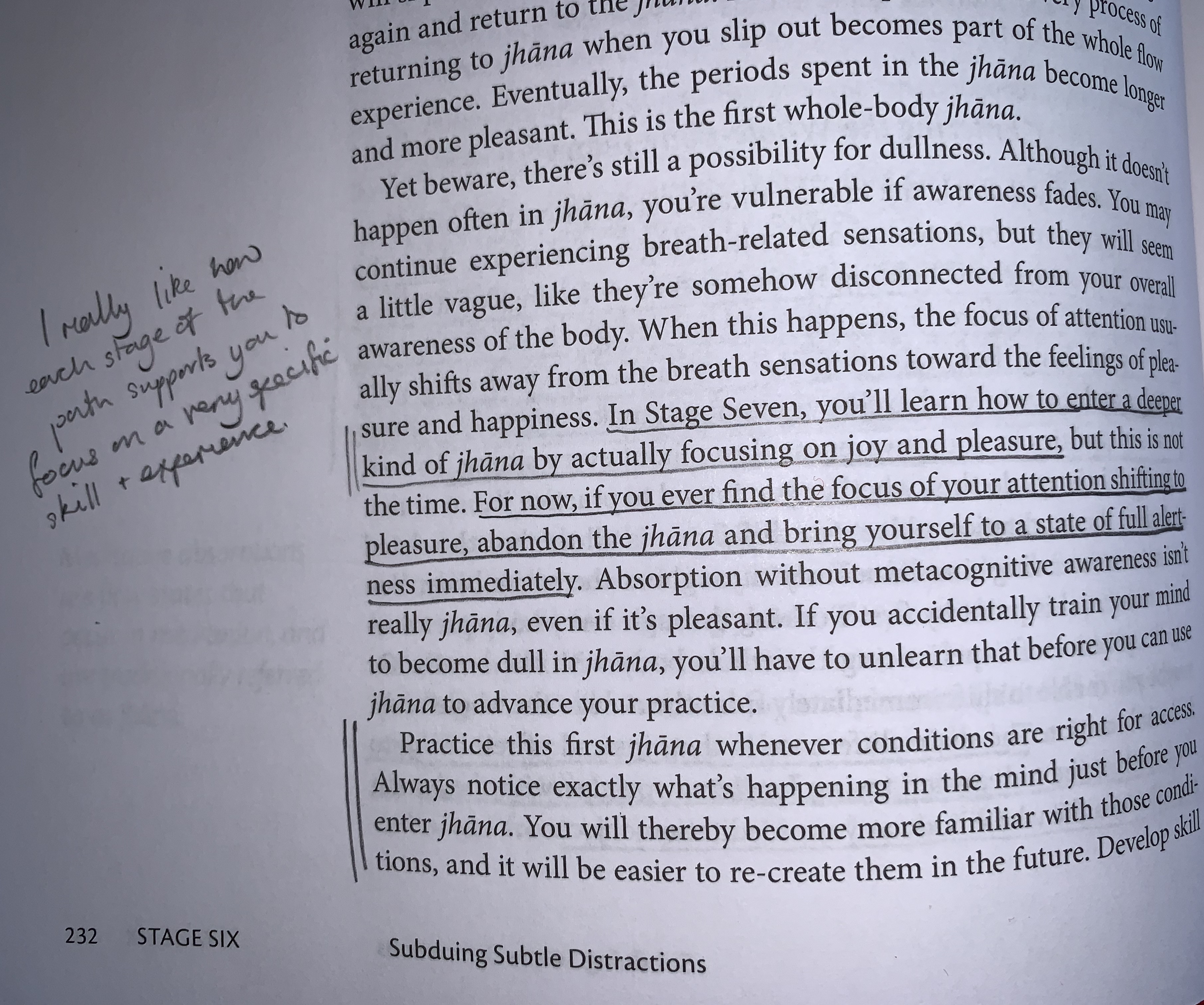 These are reflective notes on my experience of practicing Culadasa’s 10 stage meditation system. The notes in this post are from my thirteenth day of practice in the system. For an introduction to this project, see this page. Occasionally I will post-edit the journal. Any post-editing is [in square brackets like this].

I feel I’m at quite an odd stage with this practice. I can intentionally sit without thought, in a quiet, calm state. In this state, in the language of the system, ‘distractions are absent’. I chose to quote the passage above, because of an optional experience of ‘peripheral’ sounds that has begun to occur. When sounds arise, if I don’t regard them as distractions and allow them to be as they are, fully present in my awareness, there’s no sense of distraction. I can remain aware of the sounds within the field of awareness without losing concentration on the breath, no probs. However, if I make a slight mental shift and regard the sounds as distractions, increasing the ratio of concentration to peripheral awareness, I notice I get a little irritated. An example of this occurred today when I was sitting and David was fighting a rhinoceros in the kitchen. I decided to take the opportunity of readily available peripheral noise to experiment with the different states of mind.

Today I read about stage 7 in the overview & the chapter. The bizarre sensations and involuntary body movements are associated with this stage. In the four naljors, these would be viewed as ‘nyams,’ (experiences arising). Generally, in that system, they’re said to occur during the first few years of practice while you’re still settling into the mode. That was also my experience: I’ve not had many ‘nyams’ in meditation for the last 20 years, so it’s been interesting to start experiencing them again in a different context. Intuitively I feel the inward focus, exclusive directed attention and the attention on the body was causing them. At stage 7, the antidote to weird ‘nyam’-like stuff is to relax the effort. This makes a lot of sense to me and fits with the movement of the four naljors towards effortlessly sustained presence of awareness. The first new practice introduced at this stage is ‘close following,’ that is, minute attention to the vibratory quality of the pulsing sensations of the breath. I’ve never engaged in this specific practice, but I think I’m familiar, from Long-dé1 practice, with one of the results as described: the experience of the whole body as a ‘shimmering process of sensation’.

The second new practice introduced is to use pleasure jhanas as the ‘meditation object’. Focus on the quality of pleasantness, rather than the sensation giving rise to it.

The third practice is to intentionally let go effort in periods of stable clarity.

I had an unexpectedly strong, emotional response to a story that Culadasa tells in this stage chapter. After a long period of ‘dry’ sitting, he had a session in which flies started crawling around his face, causing him to exert great effort to maintain concentration on the breath. When they finally left he was able to relax: “prior to the flies, I had reached a point where effort was no longer needed, but I hadn’t known it. So I didn’t take that last step toward effortlessness. I’ve been grateful to those flies ever since” (p. 276).  I felt an immense empathy, with gladness on his behalf for that experience, combined with a sense of the pain of the effort. It’s a touching story.