The Mind Illuminated, a journal: Day 8 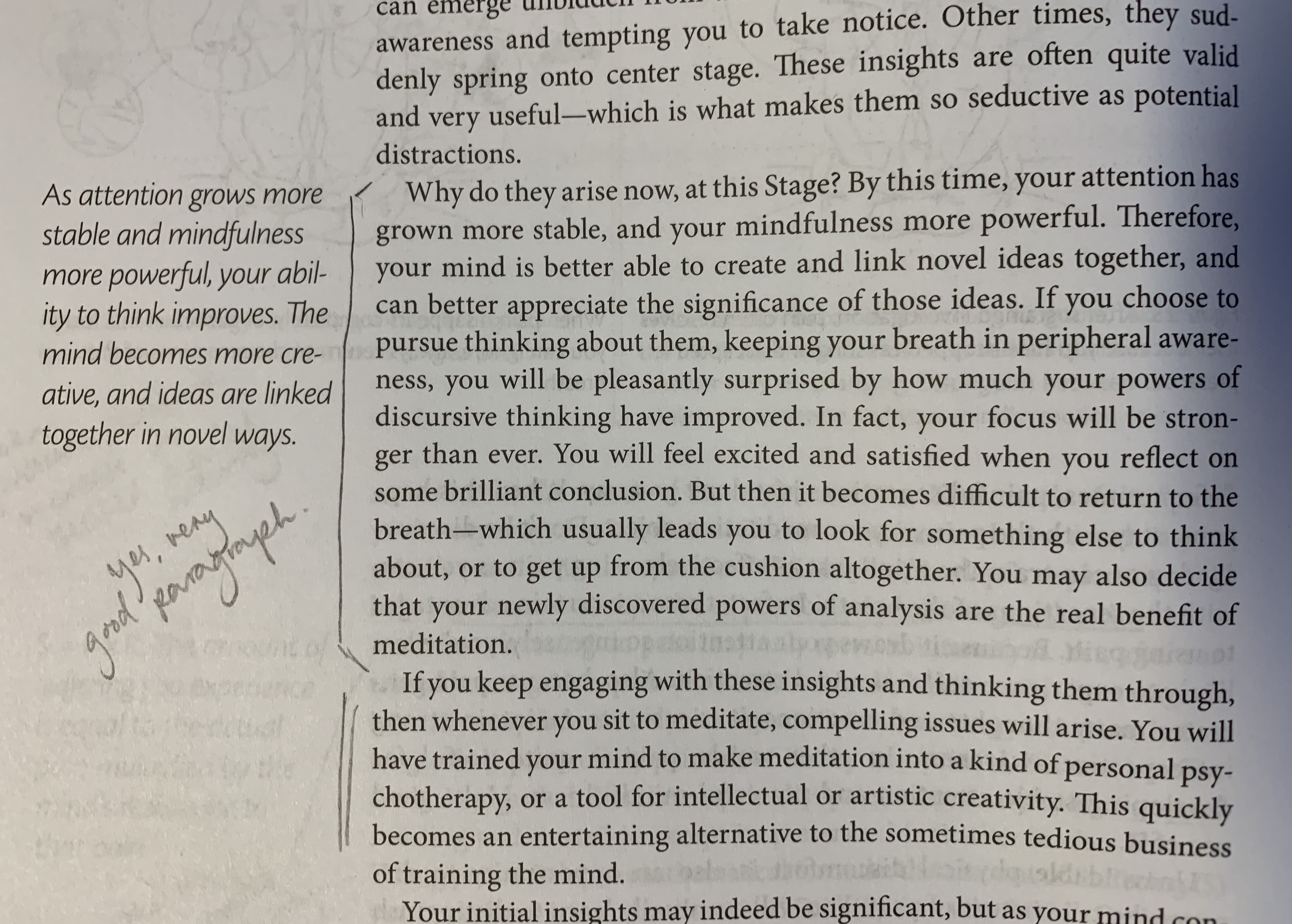 These are reflective notes on my experience of practicing Culadasa’s 10 stage meditation system. The notes in this post are from my eighth day of practice in the system. For an introduction to this project, see this page. Occasionally I will post-edit the journal. Any post-editing is [in square brackets like this].

The hard distinction between the breath in the foreground with a background of awareness was much softer after I intentionally raised the peripheral awareness level. This practice resembled a preparation practice for shi-ne meditation.

Today I read the chapter on stage 4 in the book. The suggestion is to ignore pain for as long as possible, then investigate pain by asking questions. I previously wrote about attitudes towards pain in meditation on day 6. 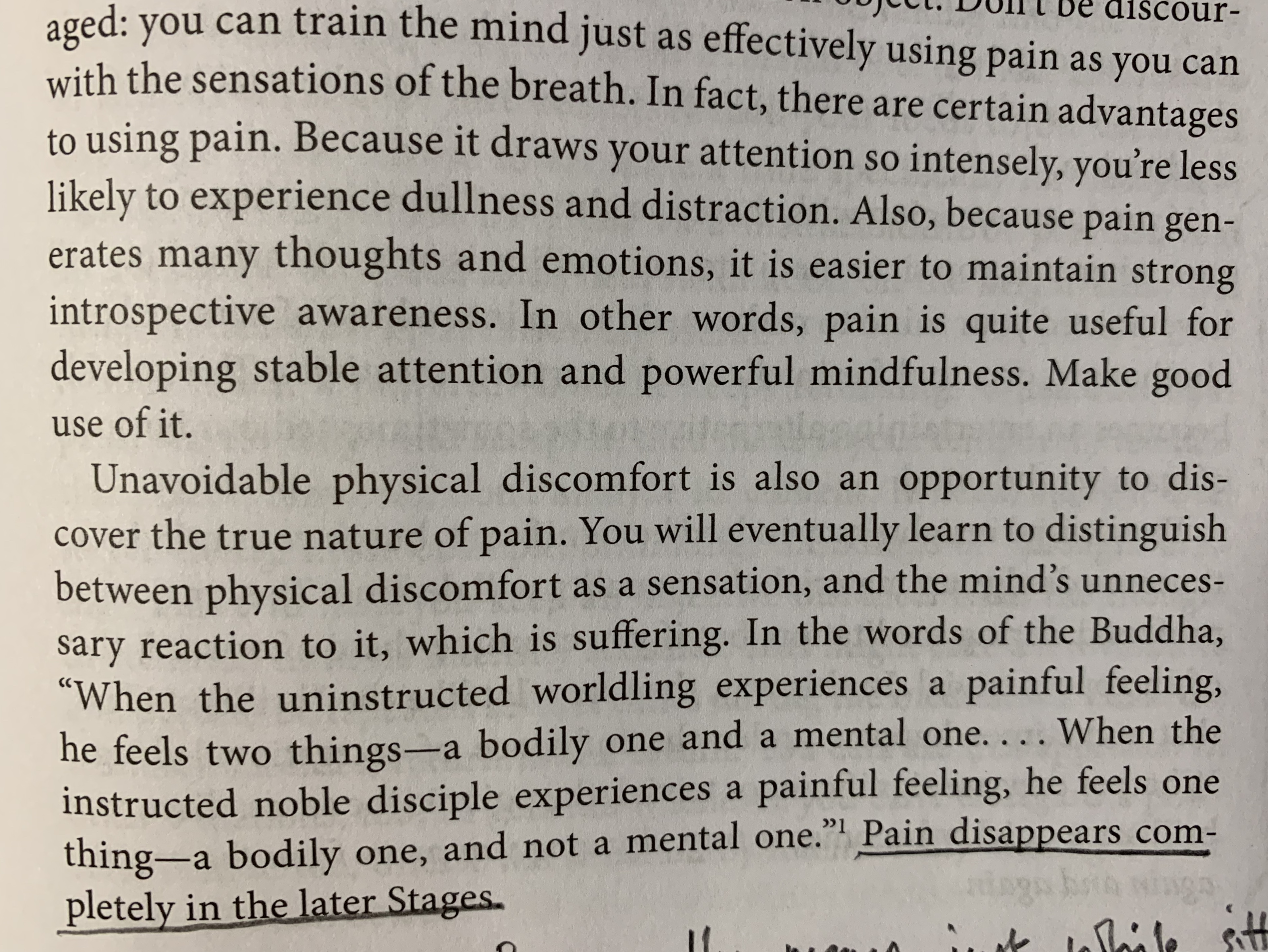 In samatha-vipassana, ignoring pain is methodologically true to the traditional Sutric worldview: that we are the cause of our own pain, physical, emotional and mental. We can intervene in the continuing cycle of causation by, eventually, stopping the experience of sensation. The first step towards this is separating our mind from the painful cycle of causation (by ignoring/renouncing it).

The benefit of this approach is that it gives us access to a new, non-ordinary way to relate to pain. The results can be unexpected: acute, long-standing pain might dissipate on its own, or pain might change from excruciating to a shimmering kind of pleasurable sensation. Not only our relationship with pain, but our very idea of what it is, can loosen up for the better.

One downside is that ignoring pain risks cultivating contempt of being. This is in keeping with Buddhist traditions whose final achievement was not-being and is, indeed, characteristic of many revered Buddhist sutras. However, it’s problematic for many contemporary practitioners who want to appreciate life more, not less.

Another less obvious risk is that ignoring pain and other sensations creates an artificial mind-body split. We begin to inhabit the mind part of our existence to the exclusion and rejection of our embodied experience. Worse, we risk imposing unnatural expectations on our physicality and emotions, which can lead to uncontrolled backfiring later on.

[Post-edit, for clarity: I’m willing to sit through discomfort and regard that as a necessary stage of training. I’ve also had experiences of sitting through acute, physical pain and experiencing the sensation change in non-ordinary ways. Vajrayana has transformative and liberating methods for working with sensation, including pain. I prefer these methods personally because of their accompanying immanent worldview. Also because embodied practice carries less risk of physical and mental damage than does ignoring pain.]

I like the checkin technique, find it effective for pre-empting slippage into less clear states of mind. It encourages continually noticing the general state of mind itself.